How to Make Homemade Einkorn Pizza Dough (Oven or Grill) 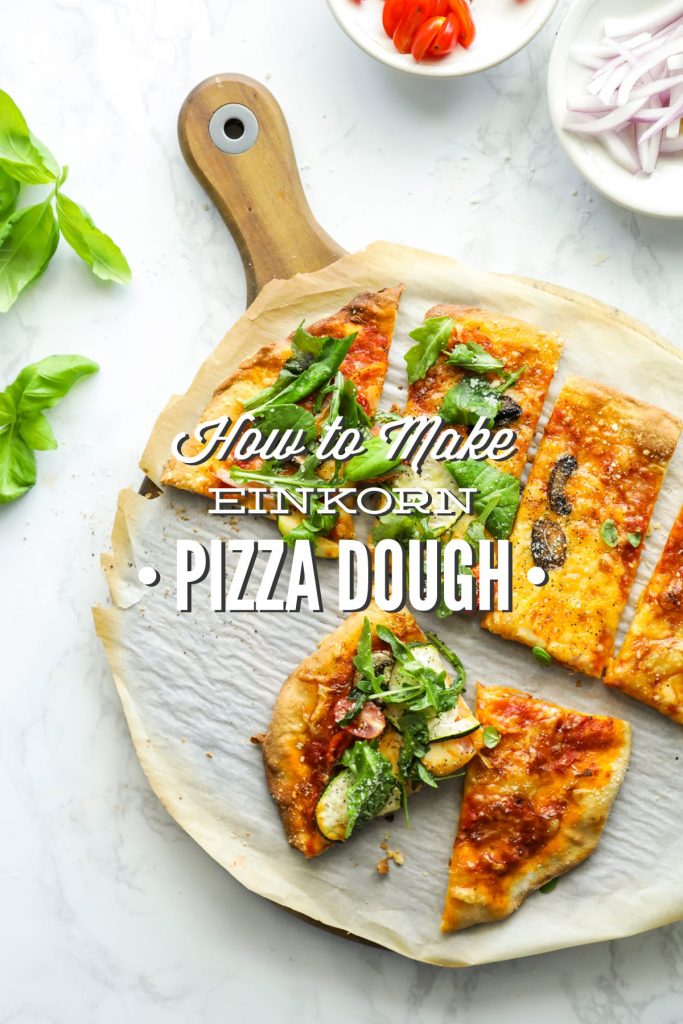 Growing up, this tradition involved take-out pizza from the closet pizza delivery spot. Sometimes the wait for our Friday night pizza could be hours long, but it was always worth it. I’m not sure if the pizza was really that special or if the tradition of getting pizza every Friday night made the wait worth every minute.

After turning to real food, I realized most take-out pies aren’t made with the best ingredients. Ignorance truly is bliss (well, until your stomach and head start telling you otherwise–which is usually the case with overly-processed food).

Just because we had resolved to avoid processed food, didn’t mean we couldn’t keep my family’s Friday night tradition alive. I knew the solution: making pizza at home, in my own kitchen, where I could use the very best ingredients. There was only one slight problem. At the time, I didn’t exactly know how to cook anything that didn’t come from a box or package. 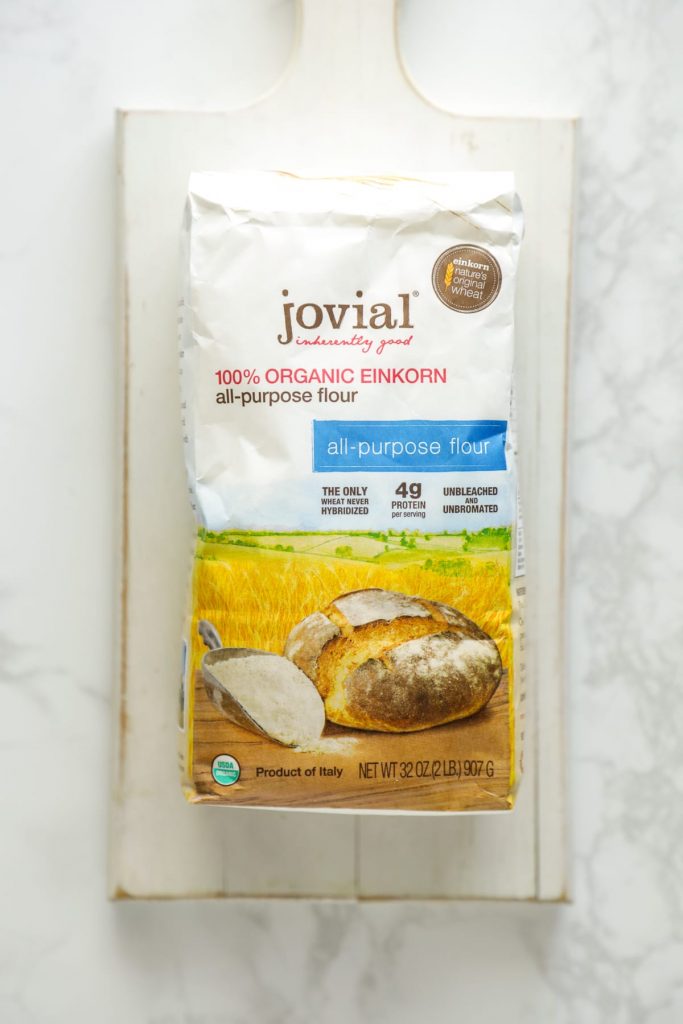 My first homemade pizza tasted and felt more like cardboard than actual food. My next few attempts were just as bad. Finally, one night, after being served one too many brick-like pizzas, Dustin pleaded, “Why don’t we take a break from pizza for a while.” For someone as stubborn as myself, that just wasn’t going to happen. 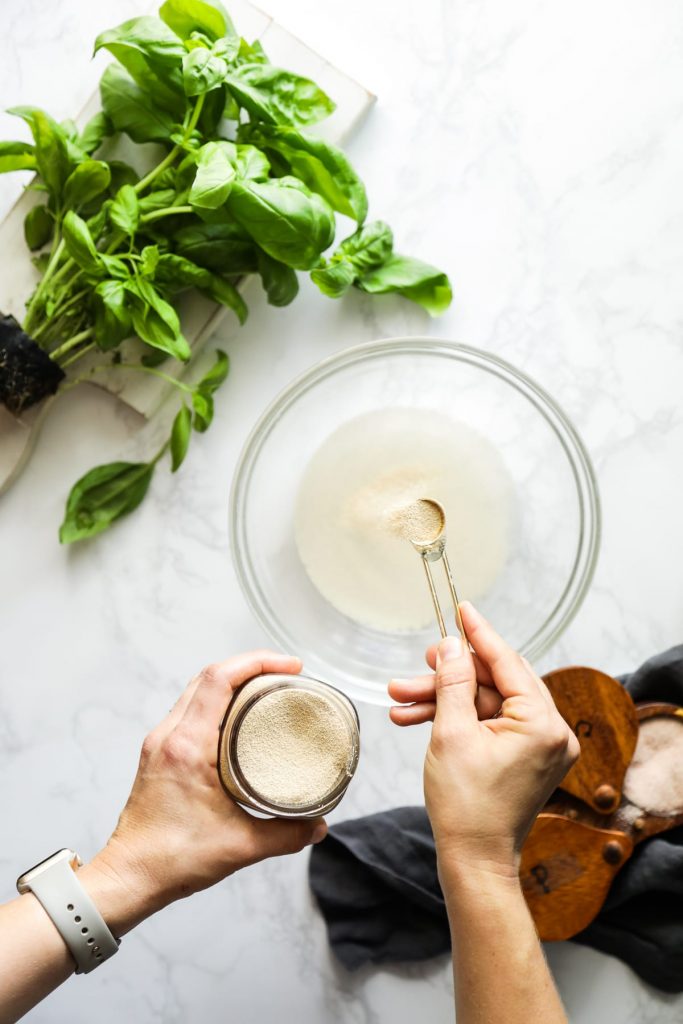 After a bit of research about how to make edible homemade pizza, I attempted to make pizza again. That night, I made a completely edible pizza. In fact, it was more than just edible, it was incredible! The crust was crispy and soft. The cheese was melted with a few brown patches, and the sauce was seasoned just right. My family’s tradition could live on, homemade style. 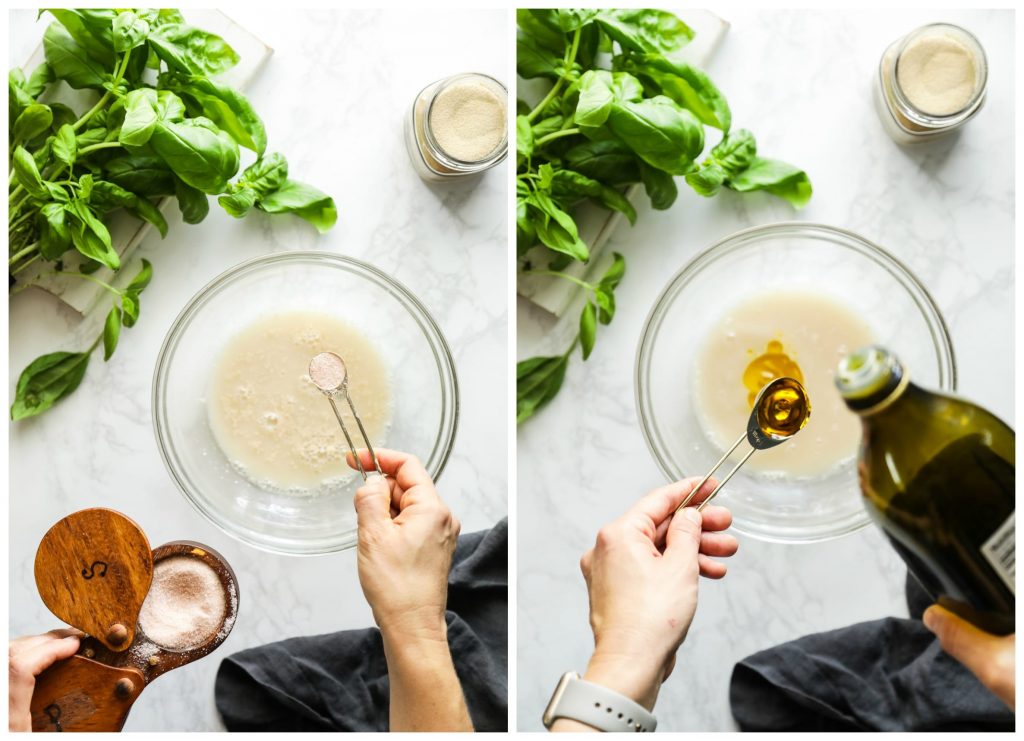 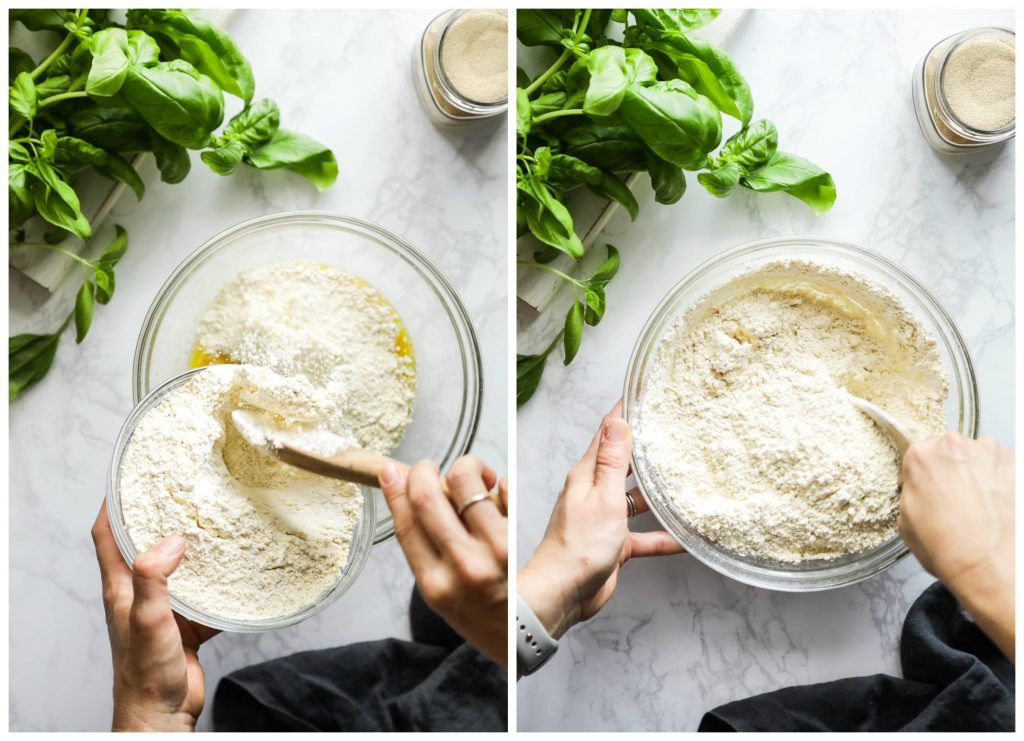 Pizza night is now a family affair. The kids scoop and dump the flour into the designated bowl and then roll out the dough, stealing little pieces of dough after each roll, and Dustin shreds the cheese. At this point, I’ve been appointed to head pizza supervisor, which means I heat the oven, warm the baking stone, and make sure the kids don’t completely devour the raw dough. 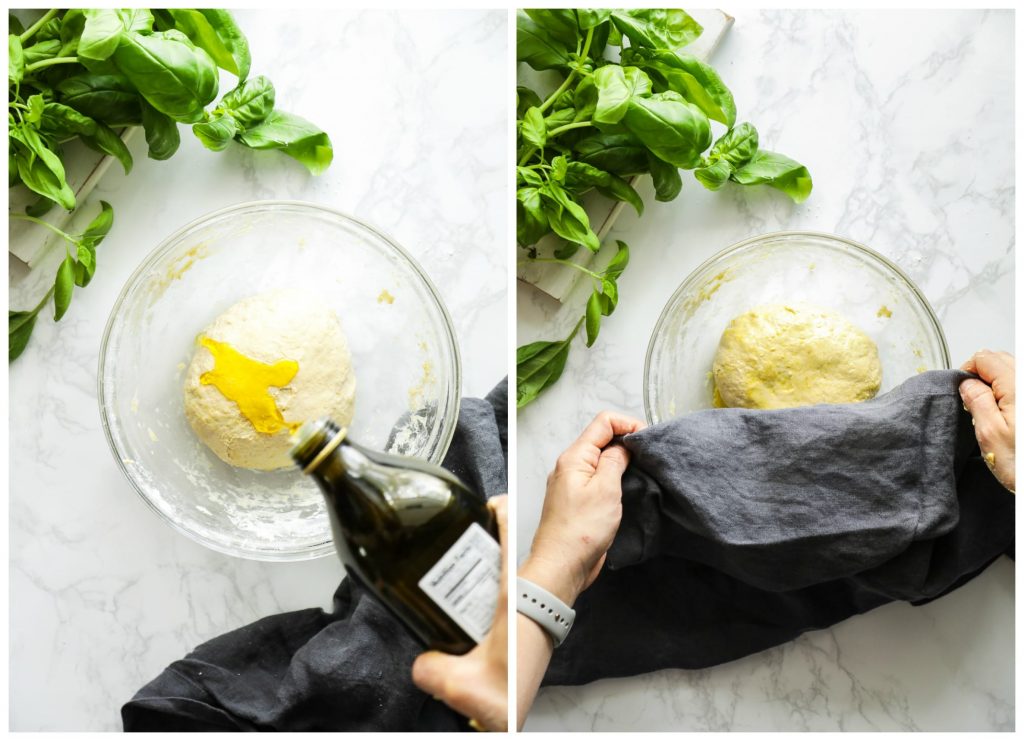 On Friday night, I’ll occasionally share a pizza-making picture or video via Instagram Story. Each time I share a homemade pizza creation, I receive questions about the einkorn pizza dough recipe used to make the crust. Most of the time, I refer reader friends to a pizza dough recipe originally published on the blog in 2013. In that post, I shared my recipe for whole wheat pizza dough, which I just updated last year with a note at the bottom to include instructions on making einkorn pizza dough. It’s a bit hard to read through that post and then read through the einkorn notes at the very bottom, so I thought it would be helpful to write a brand new post about making einkorn pizza dough. 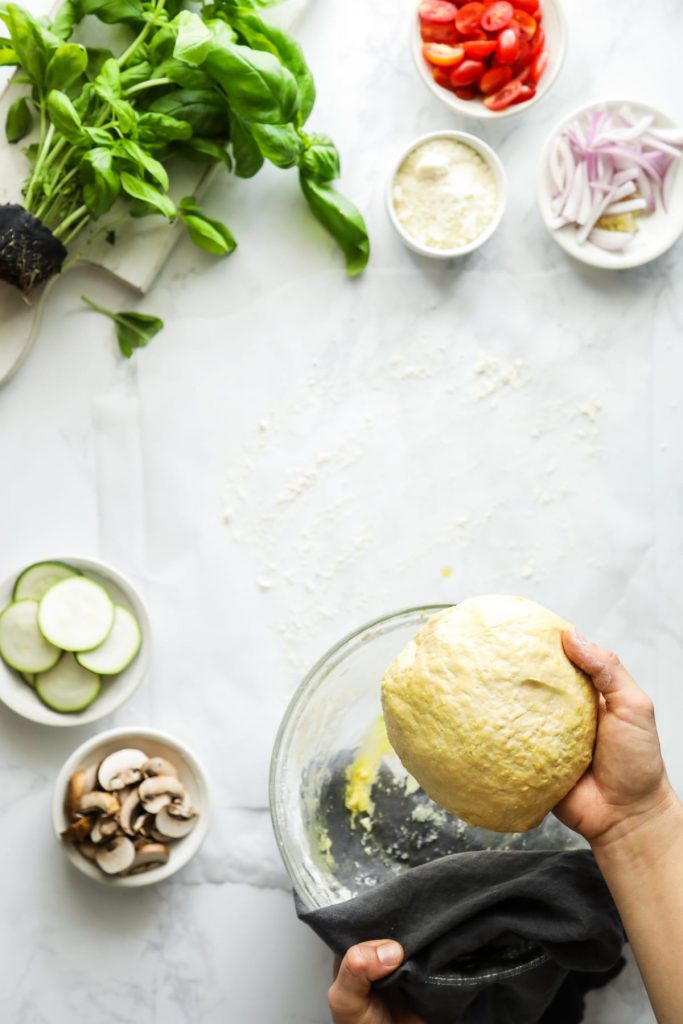 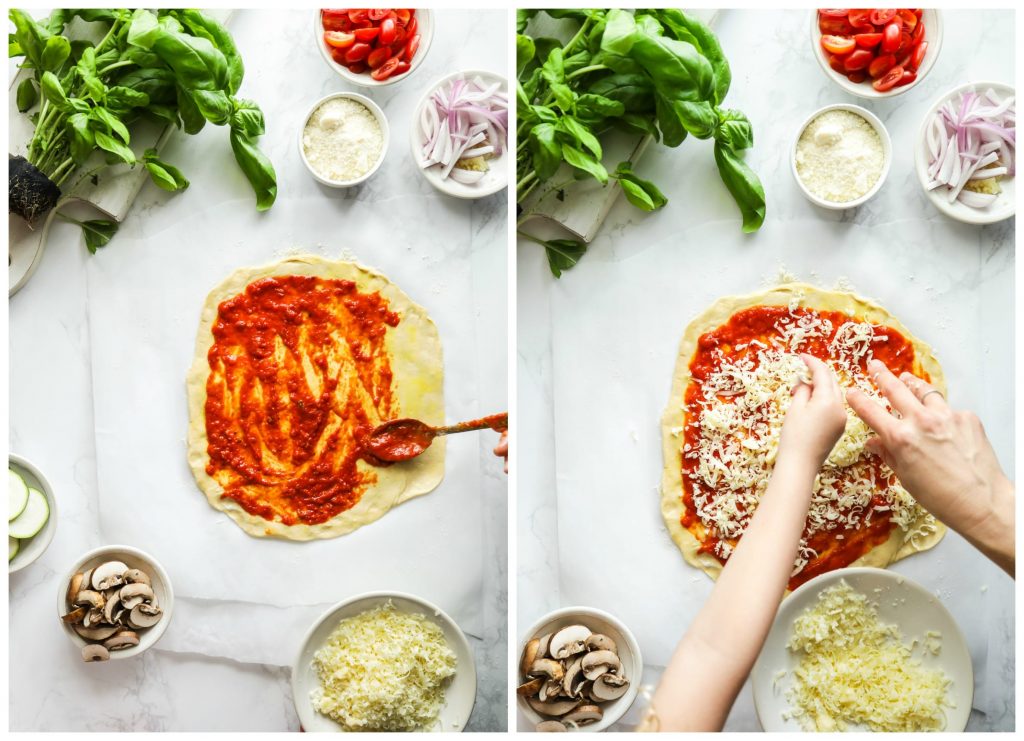 Einkorn is known as the oldest variety of wheat, making it an “ancient” grain. The ancient grain is believed to have originated in the Tigris-Euphrates region and is possibly the main grain referenced in the earliest accounts of the Bible. To put it simply, einkorn is the wheat men were eating in the earliest days before modern-day wheat varieties. While modern wheat has undergone hybridization, einkorn still holds true to its original properties. 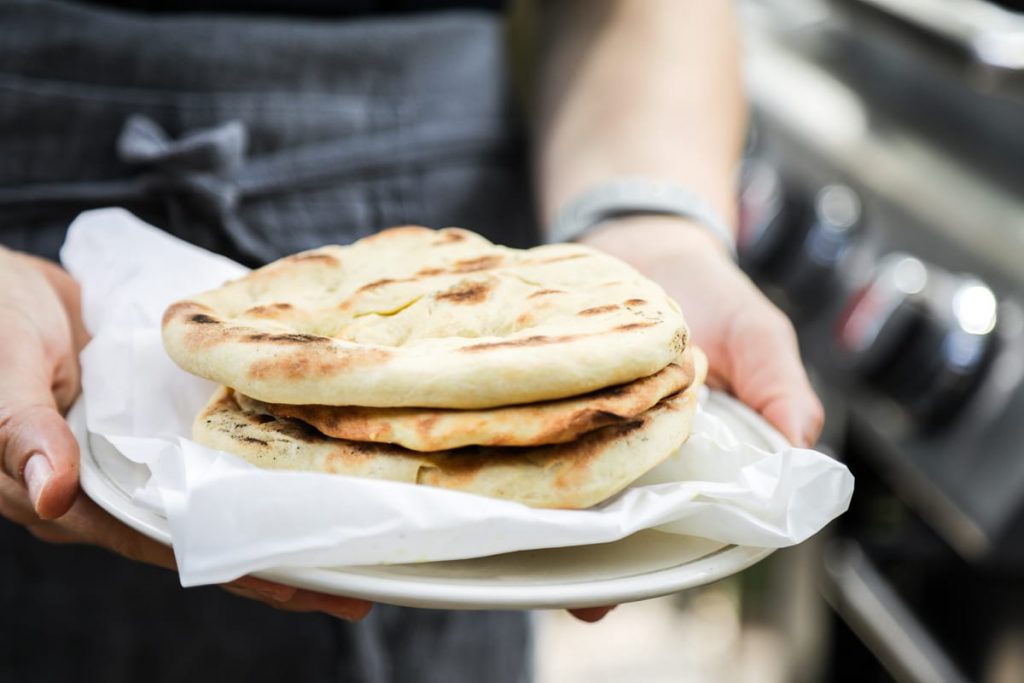 The sweet, ancient grain has a lighter texture and taste than modern-day wheat, and contains a more favorable gluten ratio. People with minor gluten sensitives may be able to consume einkorn without the issues associated with whole wheat due the lack of D-genome; however, einkorn is not gluten-free. 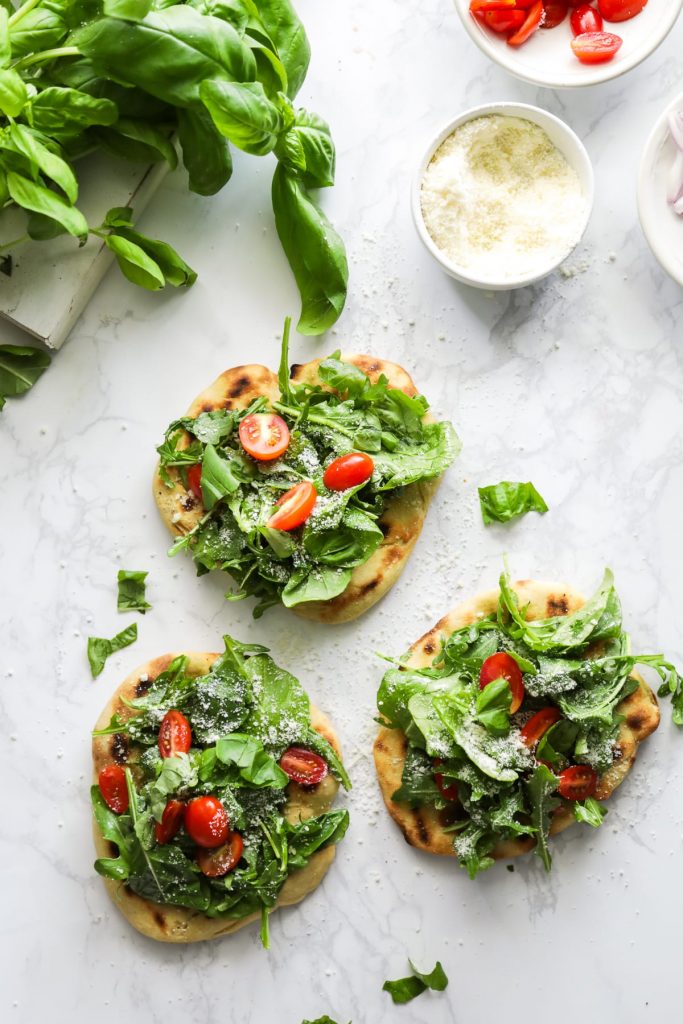 All-purpose einkorn flour looks and tastes similar to white flour, so it’s the perfect flour (in my opinion) to use when making pizza dough. Einkorn is sold in some health food stores and online. Einkorn does act a bit different than whole wheat when it’s used in baked recipes, so it does take some time to get used to this flour.

One of the biggest differences between whole wheat and einkorn is the amount of kneading time needed to create yeast doughs, like pizza dough. While whole wheat requires endless kneading (at least it feels that way), einkorn is more of a hands-off dough. This makes einkorn flour one of the easiest flours to use for yeasted breads, including pizza dough. 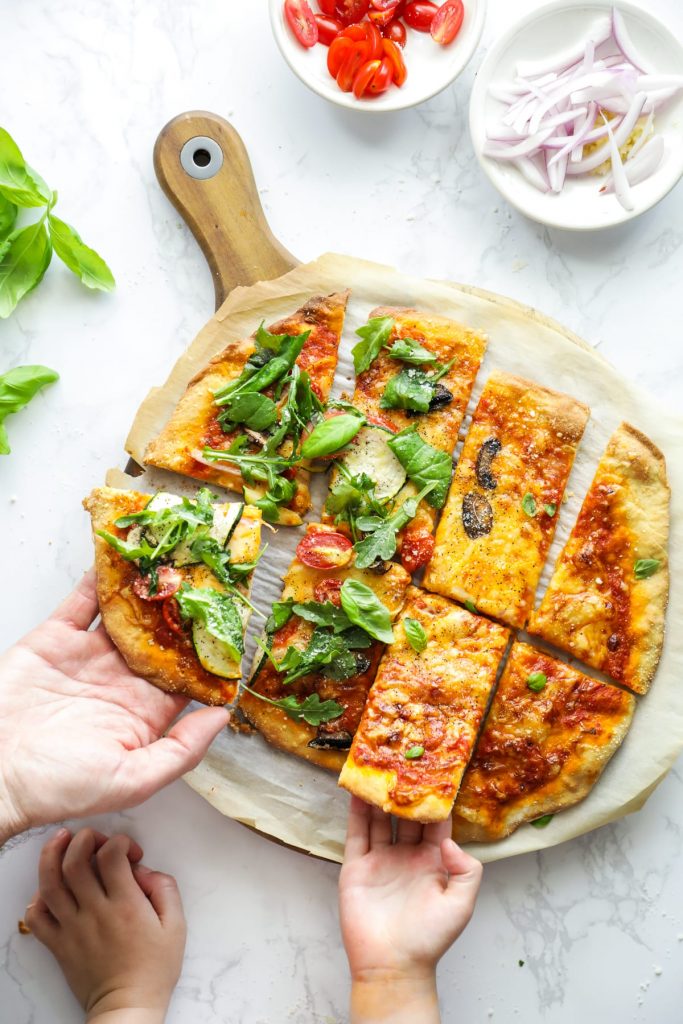 Einkorn pizza dough can be made in advance and kept in the fridge (about a day or two) or freezer (a couple of months) until needed. The dough may be used to make traditional, baked pizza or turned into grilled flatbreads (my favorite during the summer months). The final baked crust has a light and favorable taste and a crispy crust. 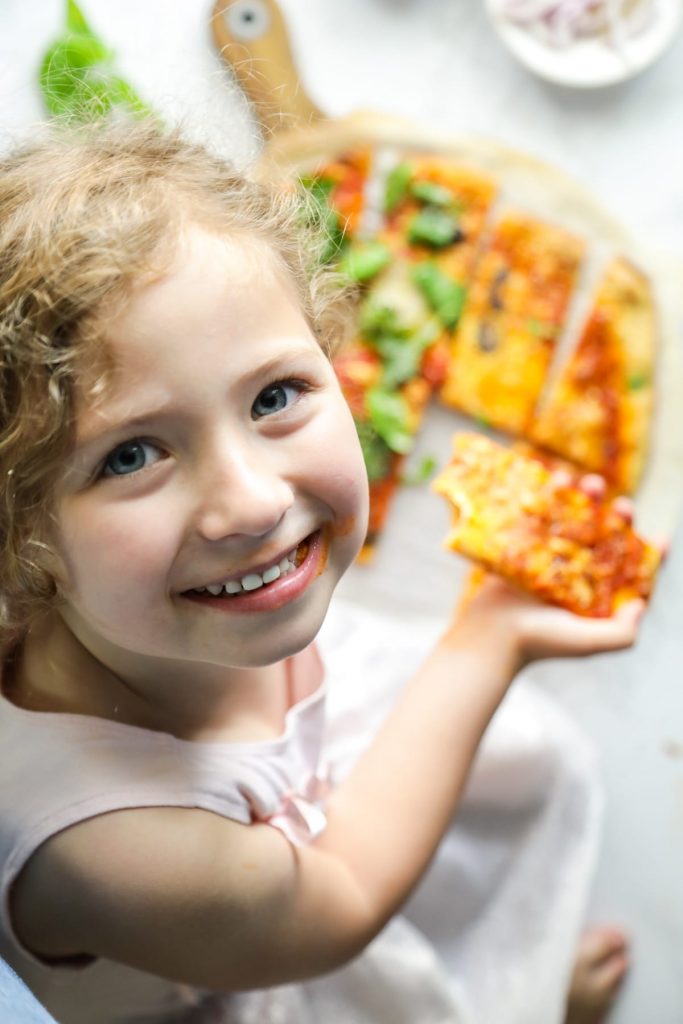 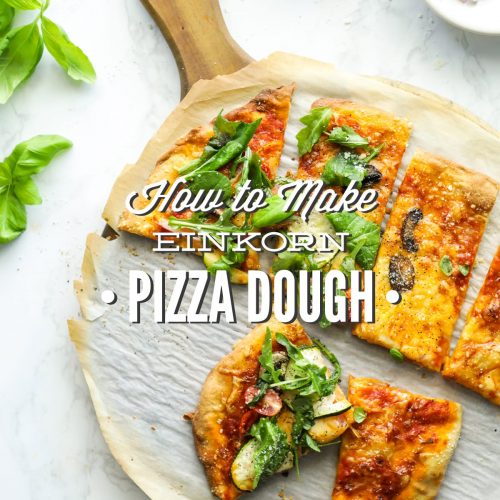 To Make the Dough:

This recipe makes enough dough for 1 large pizza, 2 medium-small pizzas, or 4-6 individual grilled flatbreads.  If you'd like to learn more about baking with einkorn flour, I high recommend reading this article from Jovial. 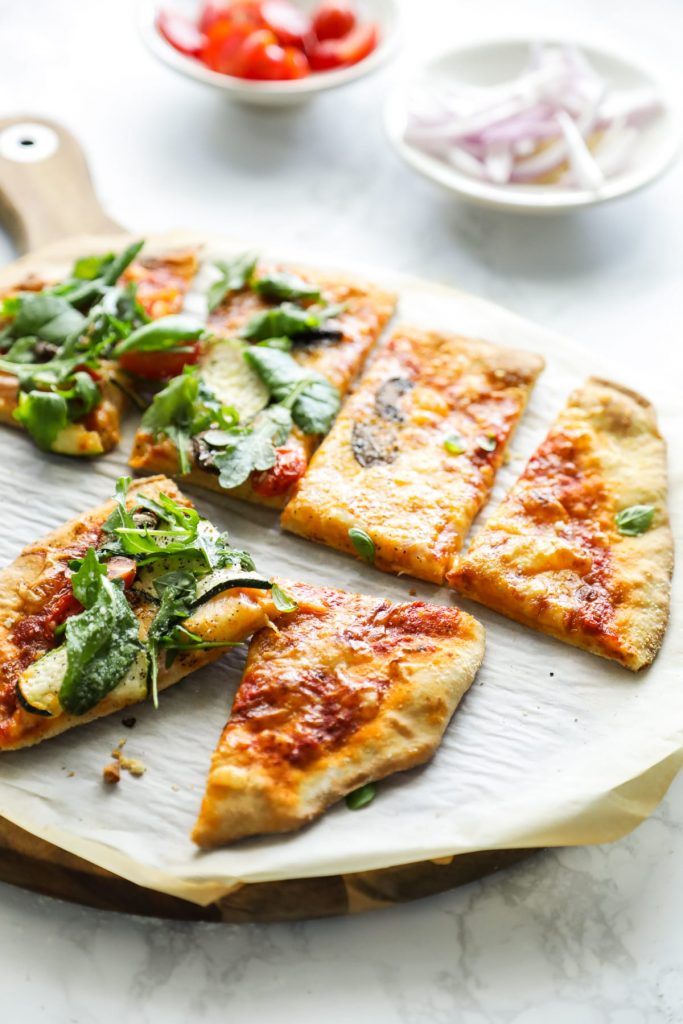