Do you have a go-to food/meal that you consistently prep for the week ahead? Mine is a whole chicken. And the runner-up is, soup.

On Sunday nights, I’ve started the habit of preparing one of these options for dinner–making two chickens or a big pot of soup– and then reserving the leftovers for lunches over the next 2-3 days. Knowing that lunch is taken care for a couple of days (at least for me) eases the stress that comes from entering a new week. This, to me, is exactly what simplifying real food looks like. 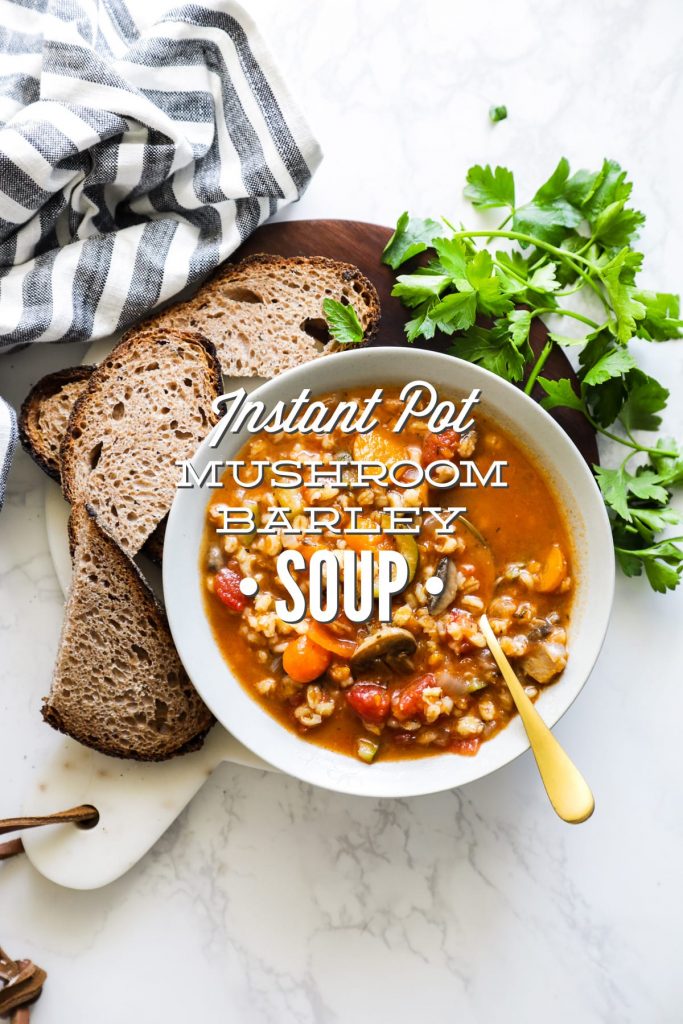 If you’re lacking a dedicated time to prep food on the weekend, may I suggest adding these two meals to your weekly dinner rotation: a whole chicken (or two, depending on your family size) and soup. Both meals keep on giving.

The whole chicken(s) may be roasted, slow-cooked, or Instant Potted (let’s just go with that word ?). Some of the meat may be served for dinner (maybe roast a tray of veggies or make a simple salad, too), and some may be stored in the fridge to make sandwiches, quesadillas, tacos or tossed on salads throughout the week. The bones may be turned into broth (technically, stock), which may be used to make soup that week or frozen for later. And the soup? Well, soup is the original one-pot wonder meal. And it easily stretches over two meals, or more. 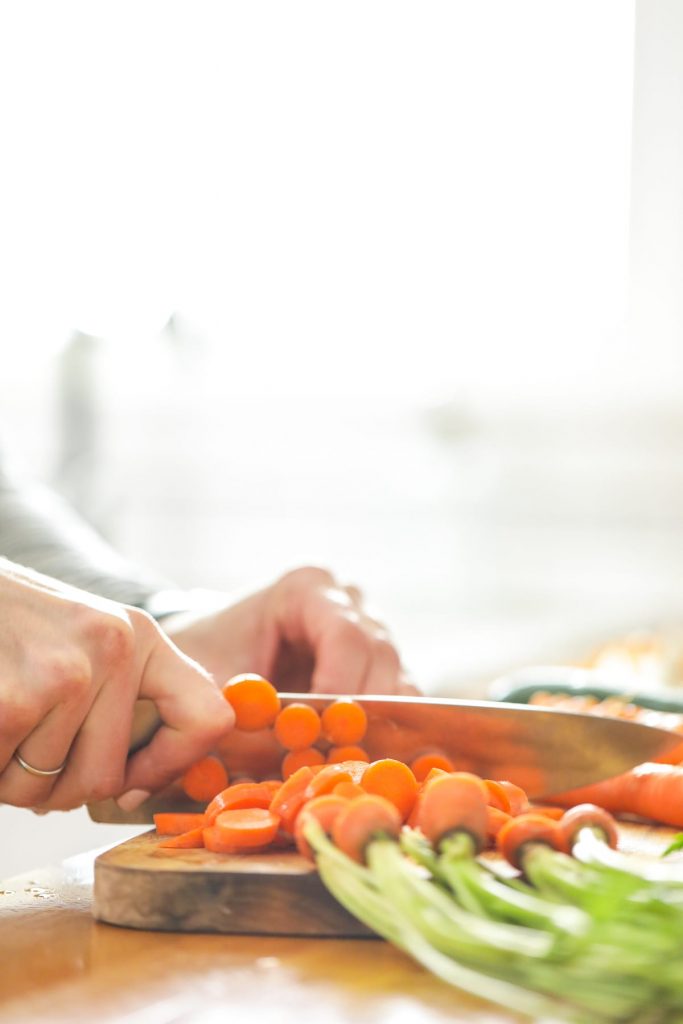 Both meals help to simplify prep time, provide some serious ROI (Return Of Investment) for your time spent in the kitchen, and may help to keep the food budget in check.

Soup, in particular, is a budget-friendly meal, particularly when meat isn’t used (pasture-raised meat isn’t cheap so it’s nice to have some meat-free meals on the favorite list). And when you think about how many meals a big pot of soup can provide a family, the budget-friendly nature of this meal is even more appealing. 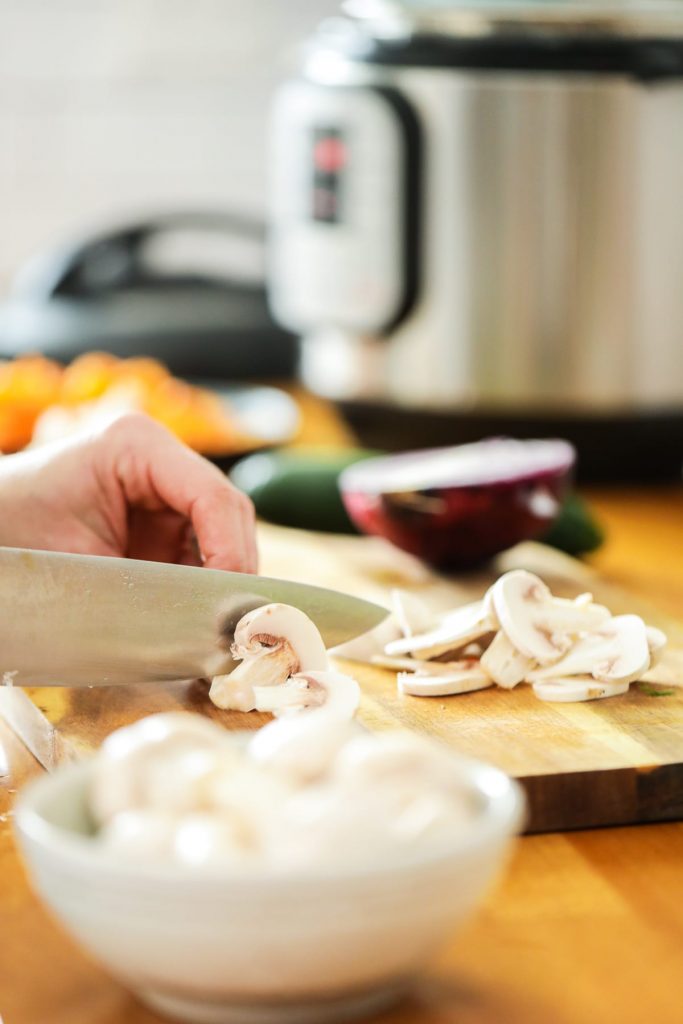 Today’s soup is, in millennial talk, “all the things.” It’s easy to make, budget-friendly, make-ahead friendly, family-friendly, meat-free (would that be considered animal-friendly?), and has an impressive return of investment. See, all the things!

To simplify things even further, the soup is made in the Instant Pot. Now, since you clicked over to this recipe, I’m guessing that you probably know what the Instant Pot is, and you might even own one. If not, let’s talk about it for a minute. Because, Girlfriend, you need to know about this appliance. 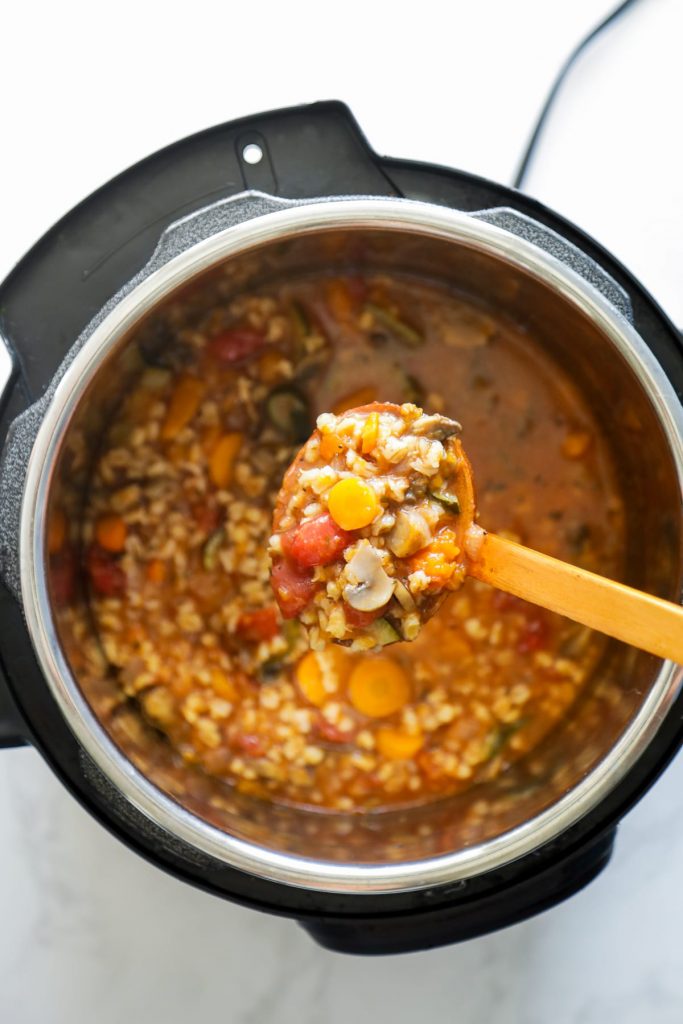 The Instant Pot is an electric pressure cooker. Now, I get it. Pressure cookers are scary. Old-fashioned pressure cookers have been known to explode–usually due to user error. And honestly, it’s probably just a couple of bad stories compared to thousands of success stories. Isn’t that the case with most things? Anyway, back to the topic at hand… 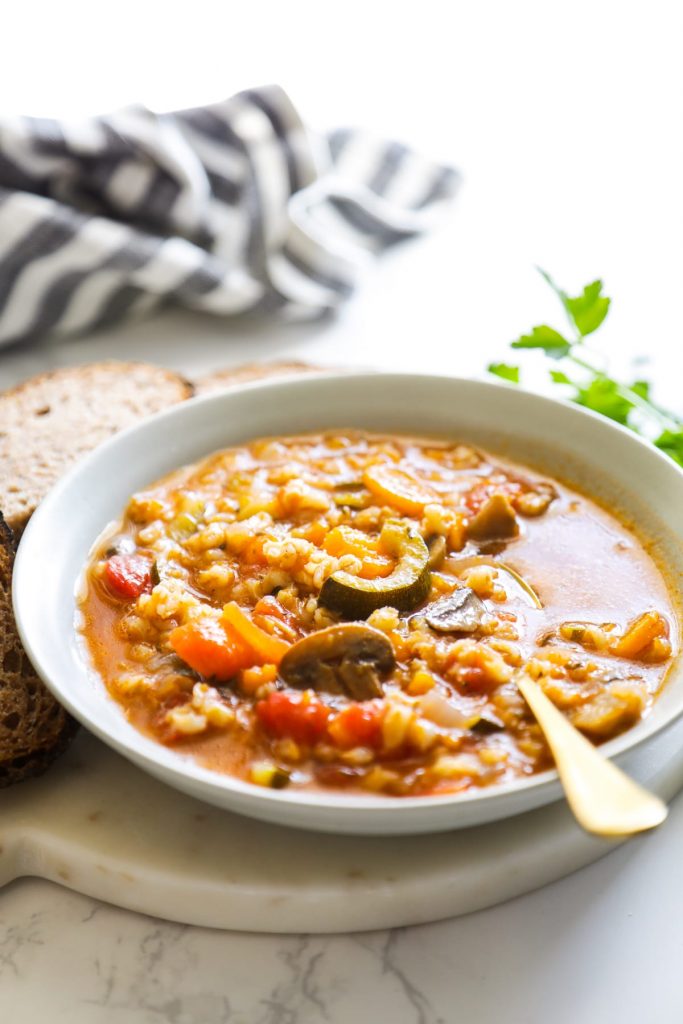 For many meals, the Instant Pot isn’t necessarily a faster way to cook (when you factor in the time it takes for the pot to come to pressure and then naturally release that pressure, if needed). The appeal of the Instant Pot for these meals is the hands-off time it provides the cook. With that said, there are a number of recipes that shorten the overall cooking time when you make them in the Instant Pot.

Soup is one meal that takes less time to make in the Instant Pot than on the stove-top or in the slow-cooker. This chicken and rice soup is the perfect example. Raw chicken, uncooked rice, and veggies are fully cooked into a creamed soup in under 30 minutes. Dry beans are another game-changing example.

For this reason, today’s soup is made in the Instant Pot (electric pressure cooker). Thanks to the pot, the soup takes less than 30 minutes to make. And that’s total time. That’s not too shabby for a meal that keeps on giving throughout the week. 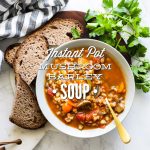 A vegetable barley soup made in the electric pressure cooker in less than 30 minutes. 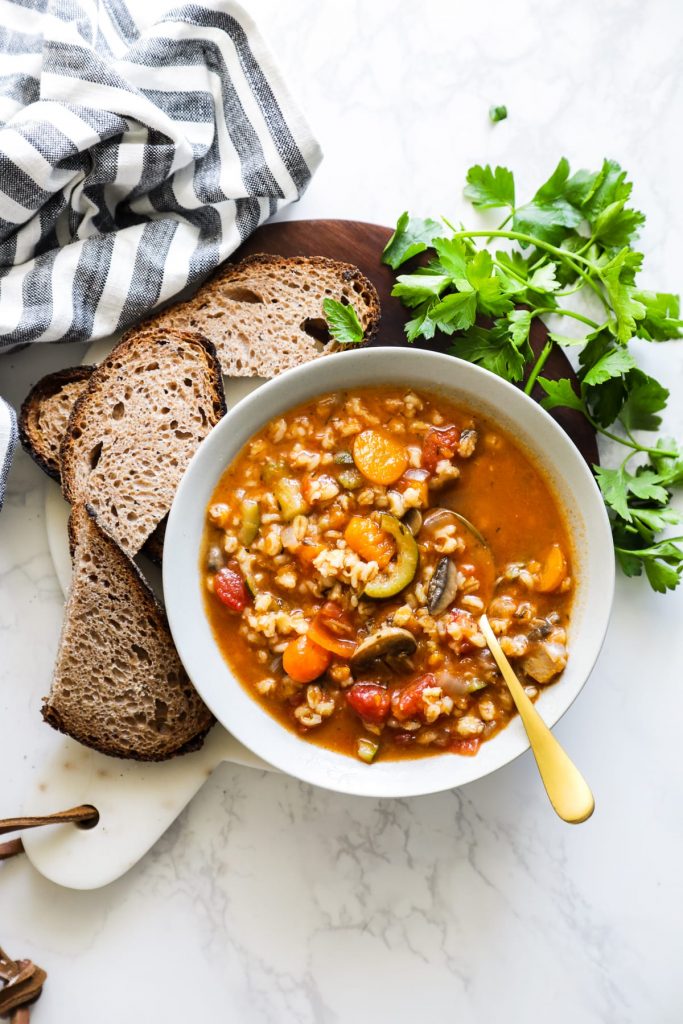 Written By
Kristin Marr
More from Kristin Marr
This post may contain affiliate links. As an Amazon Associate I earn...
Read More