Florida might have read my letter last week, because guess what? The temperature dropped this week from a consistent, and dreadful, 100 degrees to the mid 80’s. Now that’s a step in the right direction. I even wore long sleeves today.

The change in temperature means that I’m finally ready to embrace both the pumpkin loaf cake and the pumpkin spice latte. And while I’m at it, bring on the hearty soups, roasted root veggies, and the fall squash. I hope you’re ready, too. 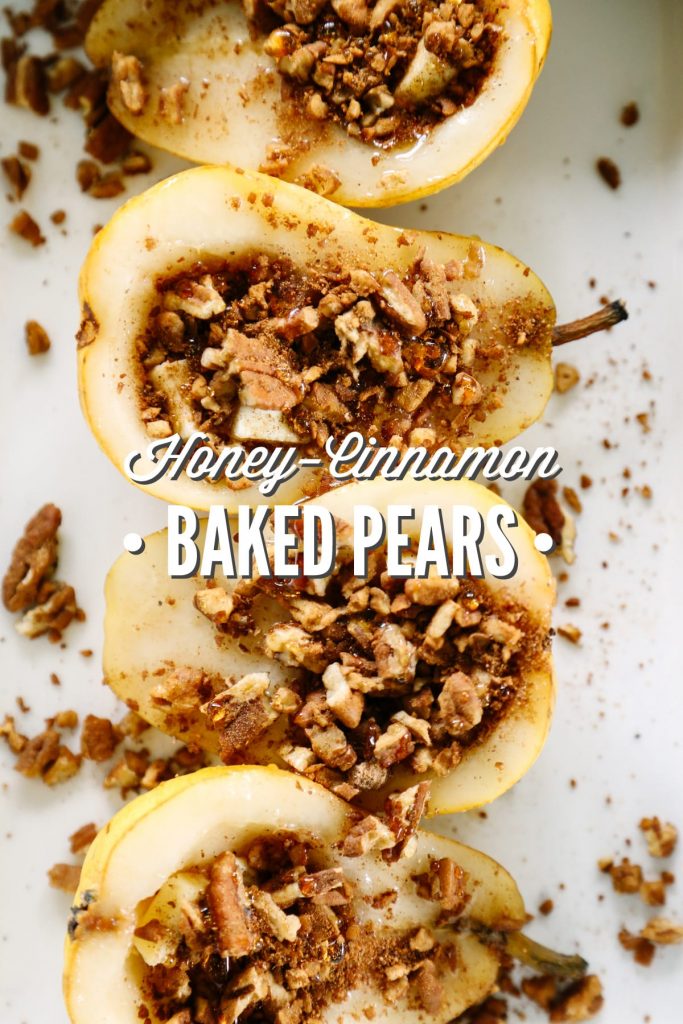 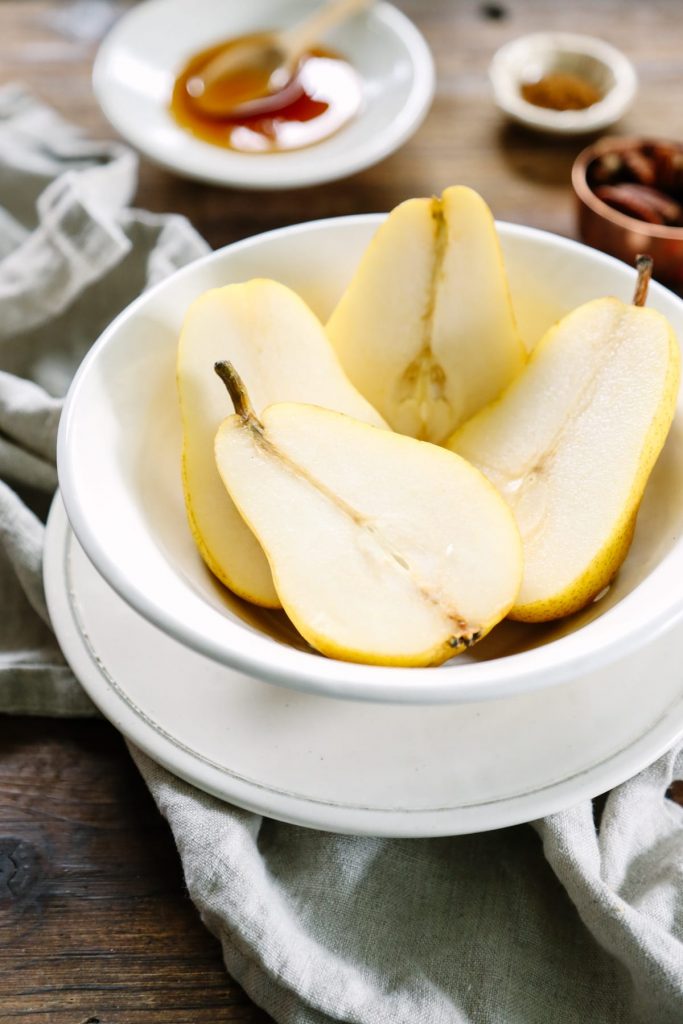 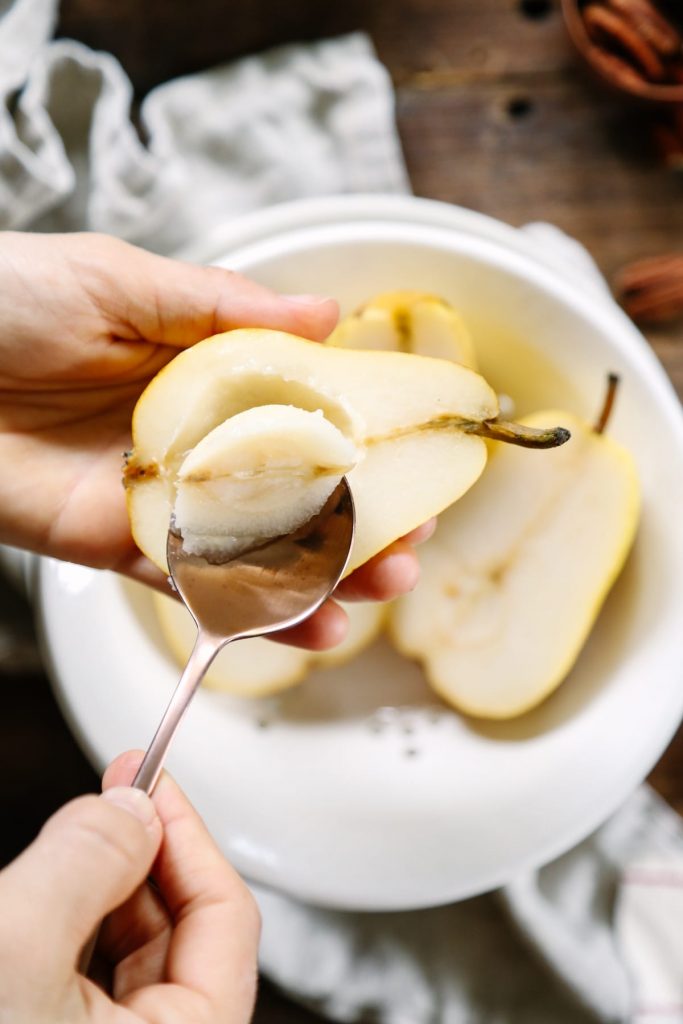 I know pumpkin is all the rage this time of year. This obsession always leaves me a bit puzzled: Why are we so obsessed with pumpkin recipes? I love pumpkin, but it’s kind of a bland food, especially when compared to more flavorful fall fruits, like pears and apples. It’s basically just glorified baby food. 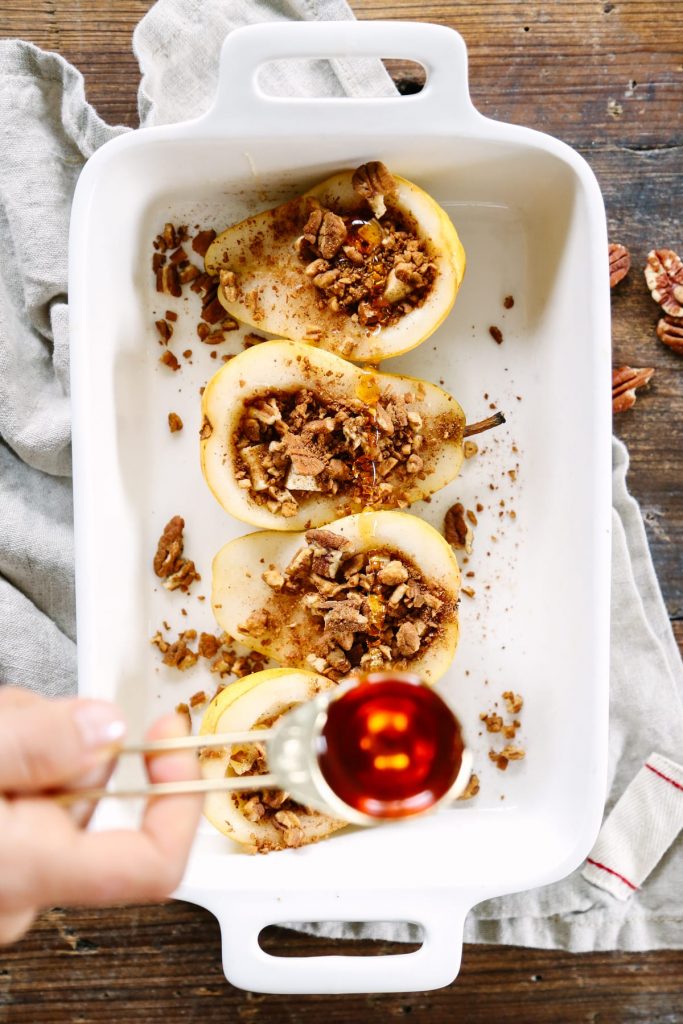 Did the obsession with pumpkin-everything start with Starbucks’ Pumpkin Spice Latte (which I’ve completely embraced ;))?

I don’t remember pumpkin-rich foods being such a big deal when I was a child. We carved pumpkins and enjoyed pumpkin puree in seasonal pie, but that’s about it. 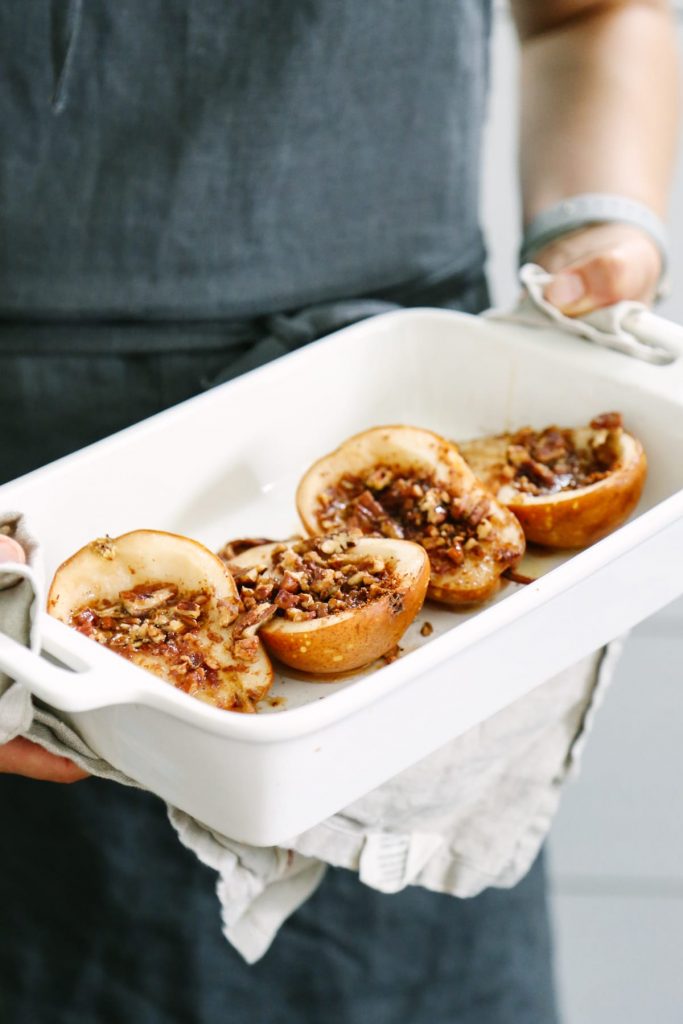 I wonder if our pumpkin obsession has less to do with the actual fruit, and more to do with the spices that flavor pumpkin treats: cinnamon, allspice, cloves, nutmeg, and ginger. The spices, when added to a recipe, can take a basic cake or muffin from good to over-the-top-amazing. Pumpkin may be the star right now, but most of the credit for the flavorful fall recipes we love so much, including pumpkin pie and the pumpkin spice latte, should be given to a few simple spices. Sorry, Pumpkin.

I’m planning to share more pumpkin recipes (with pumpkin spices–the true star), besides just the pumpkin loaf cake you’ve been loving, over the next couple of months. First, let’s indulge in another fall fruit: the humble pear. 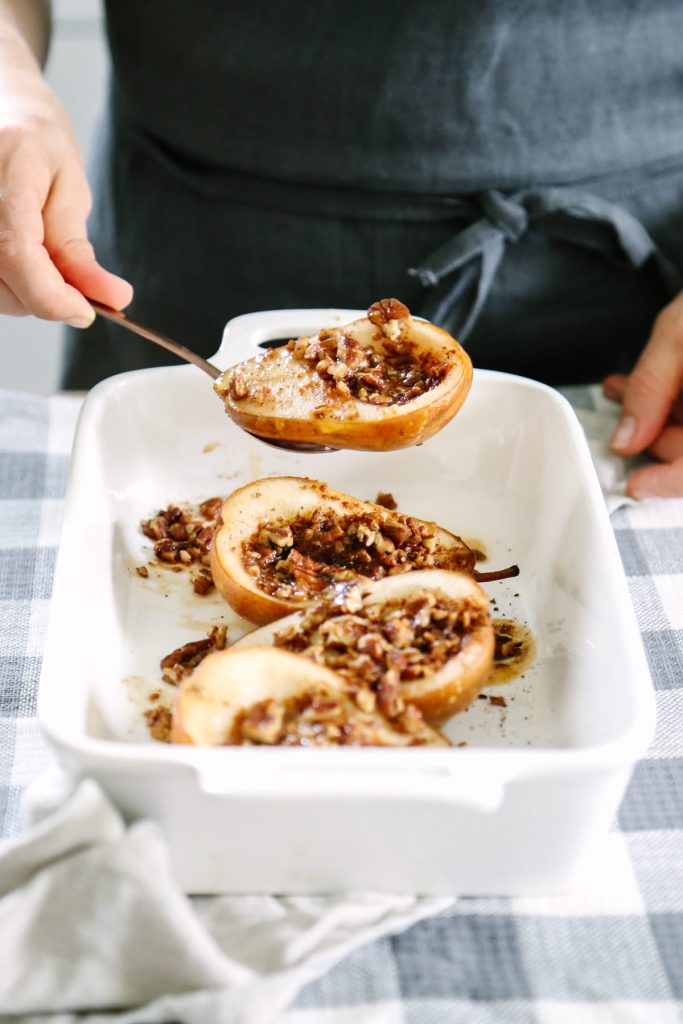 Pear season, in the United States, begins in the late summer when stores, and some markets depending on your local growing seasons, start selling Bartlett pears. Pear season continues through the fall, and then the winter, with new pear varieties popping up as the season progresses: Bosc pears, Comice pears (the pears most commonly found in gift baskets/boxes), and Anjou pears (a winter variety).

Since we don’t have real seasons in Florida, I rely on grocery stores for my pear supply throughout the fall and winter months. I can always tell that pear season has commenced when the bags of pears appear on the produce end-caps for just a couple of dollars. 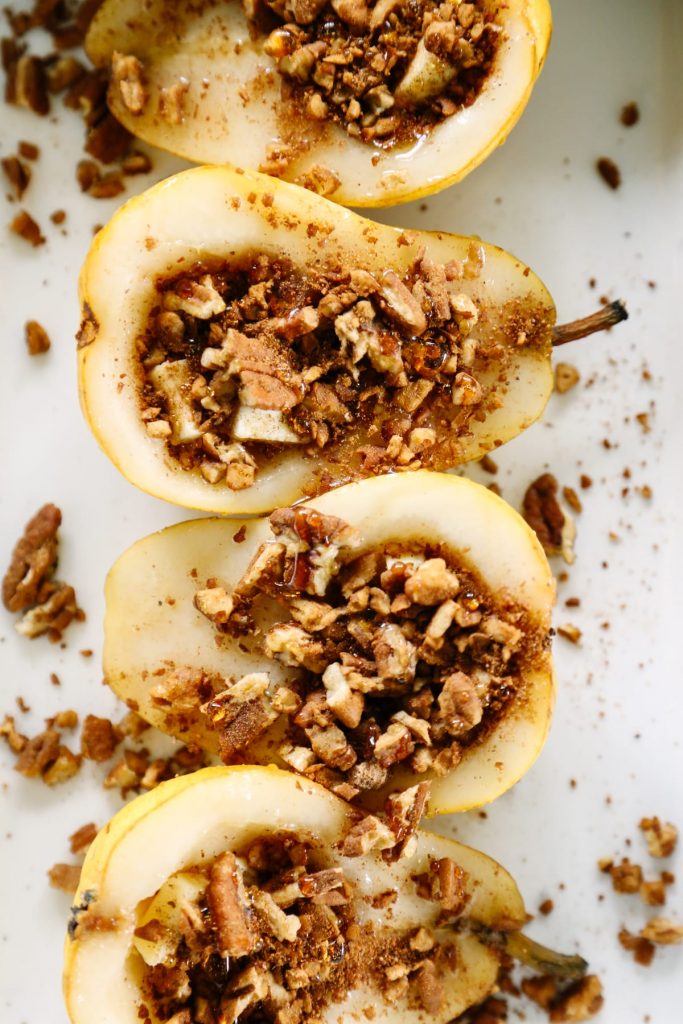 Pears are wonderful as-is in their raw state, or they can be “fancified.”<–That should definitely be a word!

My absolute favorite way to enjoy pears, no matter the variety, is to bake them with a couple of the fall spices we talked about before. When pears are drizzled with a bit of honey, and then topped with warm fall spices and pecans, the humble fruit goes from good to over-the-top-amazing.

The naturally-sweetened, baked pears may be enjoyed as a simple dessert served with homemade whipped cream or vanilla ice cream, or baked in the morning and served with a bowl of yogurt (my personal fave). The baked pears may be prepared in the moment, when you want something warm and sweet, or baked ahead of time and enjoyed throughout the week for breakfast (again, my personal fave). 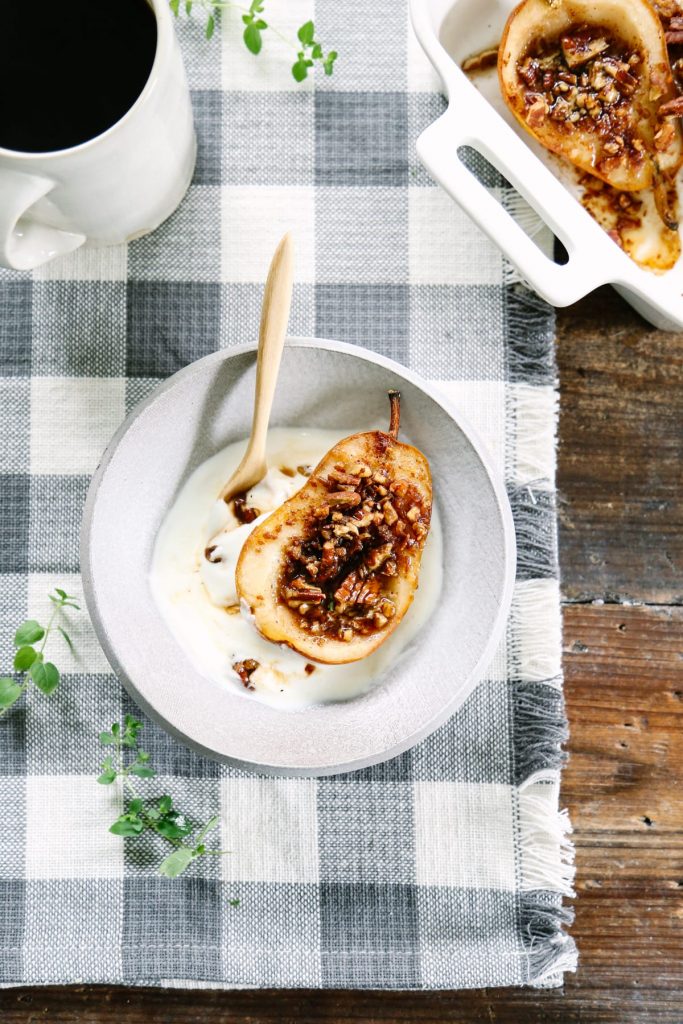 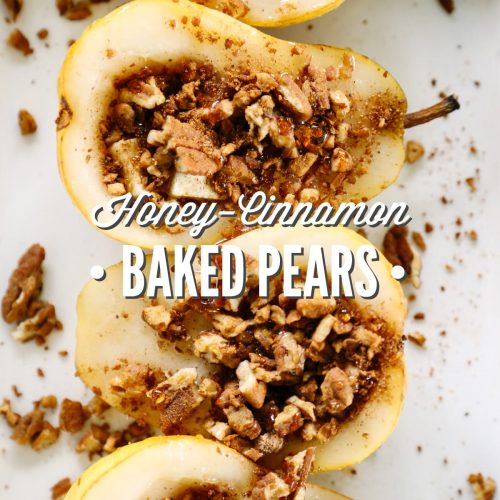 This recipe may be increased if you’d like to serve more than 4 pear halves.

As mentioned in the story above, the pears may be prepared in the moment, when you want something warm and sweet, or baked ahead of time and enjoyed throughout the week for breakfast (again, my personal fave). The pears may be served cold or reheated. 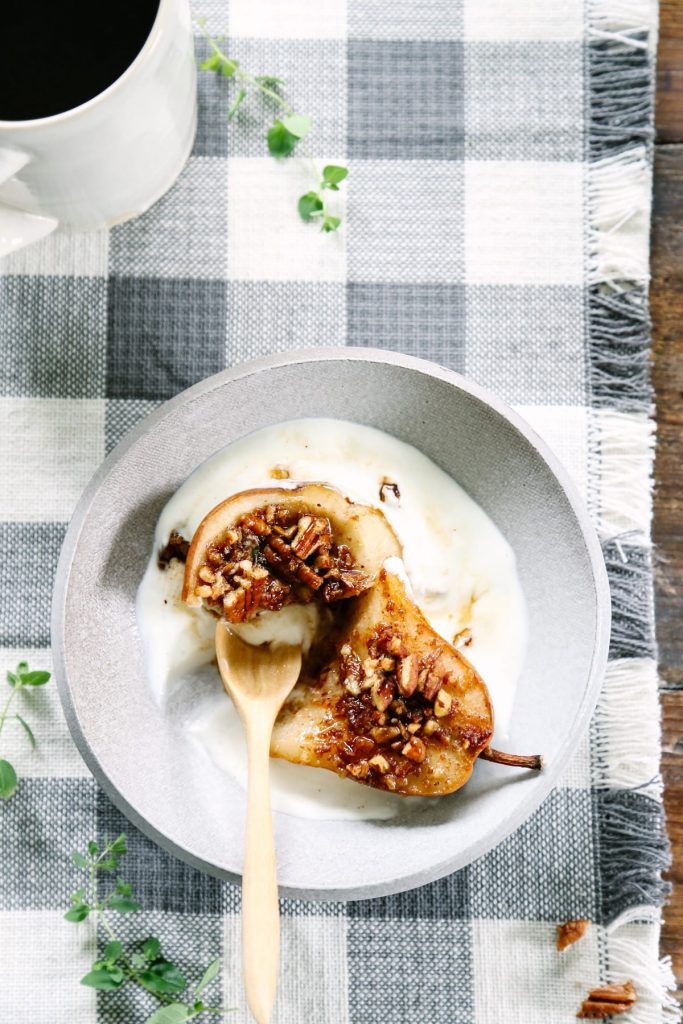 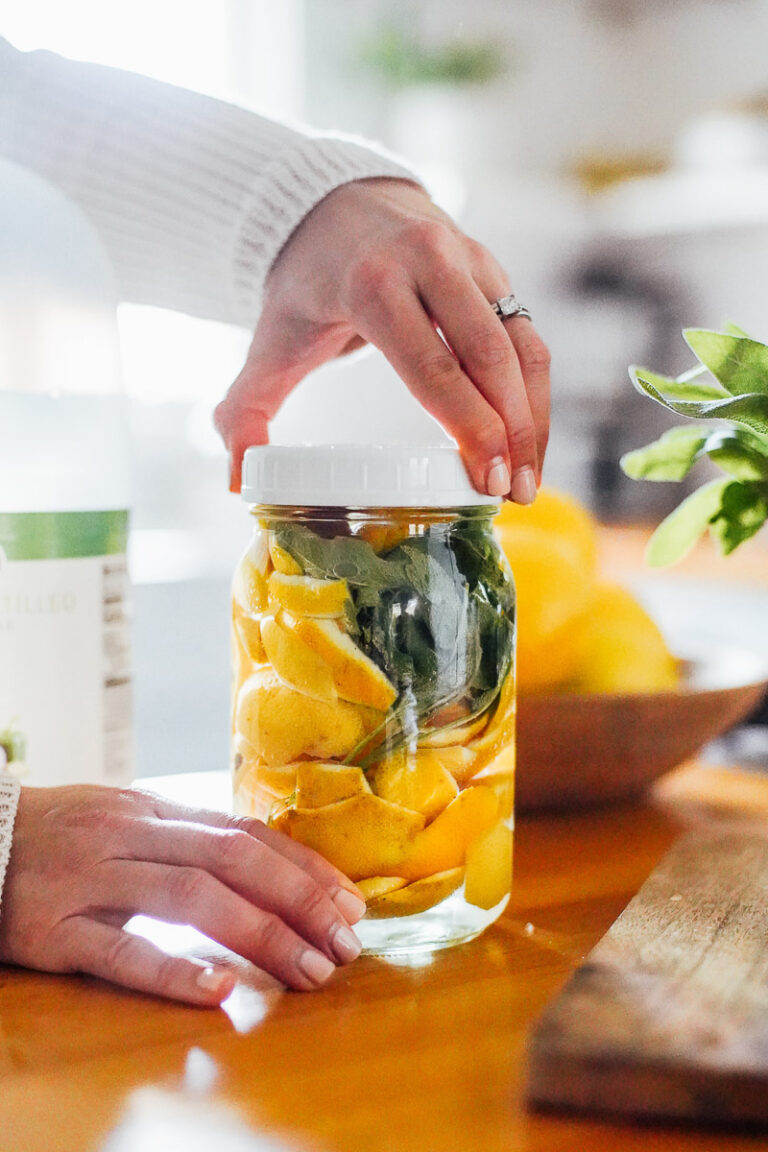 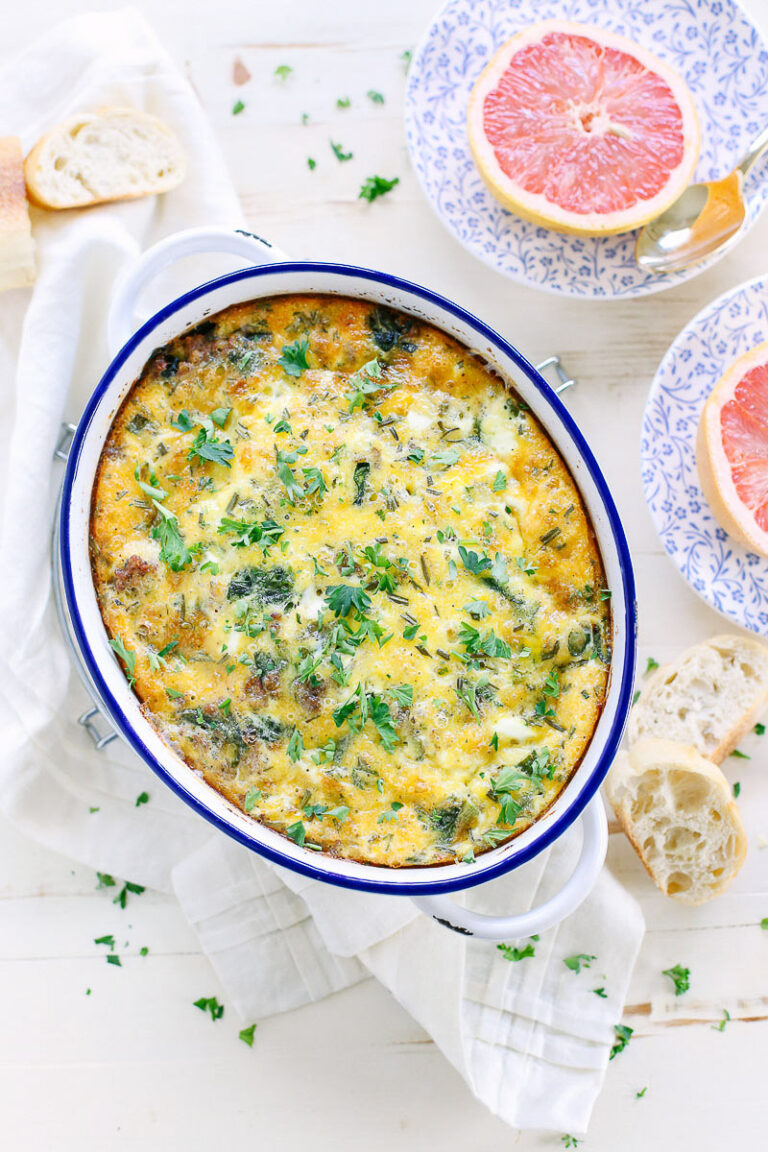